Home / Blog / What do power and water have in common? Hydropower facts

What do power and water have in common? Hydropower facts

Hydropower uses the force or energy of moving water to generate power, but how do we get it from the stream to the switch? Allow us to ‘enlighten’ you!

Hydropower is the oldest and most mature form of renewable energy. Farmers in Ancient Greece used water wheels to grind wheat into flour. While the Ancient Egyptians used hydropower to raise water levels for irrigation. To put it simply – hydropower is old hat!

Effectively converting the power of moving water to electricity is also one of the cheapest forms of energy to harness, according to Geoscience Australia.

What’s a hydroplant and can I eat it?

Hydropower is generated in hydroplants, which are usually made up of: 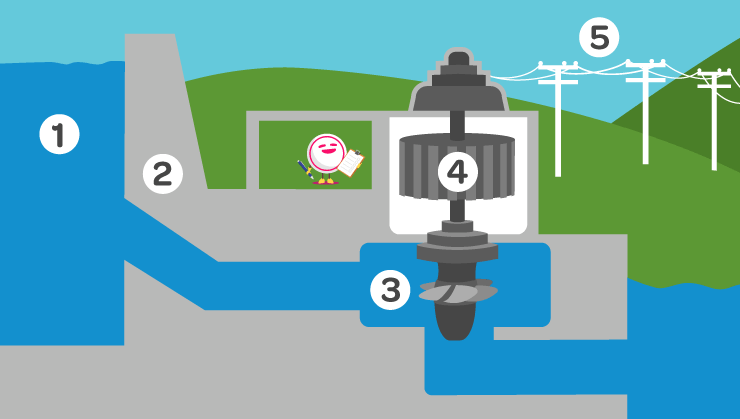 So how does water convert to power?

When the dam is opened and the level of water rises, the force of water that rushes through the blades of the turbine makes it spin. The spinning generates mechanical energy which turns the hydroplants generator. The turning of the generator creates electrical energy, which is then collected and distributed via the transmission lines.

The amount of electricity that can be generated at a hydroplant is dependent on how far and how much water falls from the dam through the turbine – the more water and the greater height equals more mechanical energy, which creates more electrical energy. Science is awesome!

Ultimately, we give a dam about renewables. So water you waiting for? Green out with us today!

* Based on an average household usage of 5MWh p.a

Read next: Relighting pilots – how to turn your gas on safely

Read previous: Get your ‘light-bulb’ moment when comparing electricity