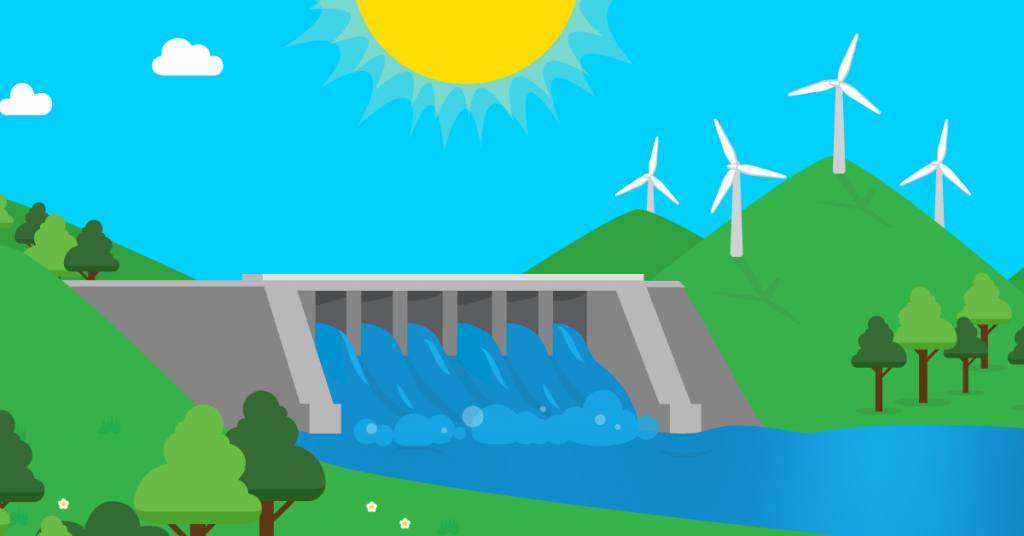 Can choosing ‘greener’ energy for your home really make a difference? Does it cost more? And what about old king coal? Read below as we take on 5 myths about renewable energy that well and truly need busting.

Fads flame out quickly. Renewable energy is here to stay, and the cost of its generation keeps falling.

You know things are getting serious when a global corporate such as Google purchases a whopping 3 gigawatts of renewable energy capacity — that’s equal to what all of its offices and data centres around the world use on an annual basis. Closer to home, our electricity generation from renewables has been growing too. According to the Department of the Environment and Energy, its most recent statistics for 2017-2018 shows significant growth in renewable generation over the last 10 years by 72%, with 17% of electricity generation currently attributed to renewable energy.

Greener electricity solutions have grown over the last decade to become a real and sustainable choice for Australian households and capacity is continuing to grow. Does that sound like a fad to you?

#2: It doesn’t make a difference

We’ve explained the whole GreenPower thingy in simple terms in a blog post. Have a read and feel the power.

#3: You can’t trust that it is actually green

Conspiracy theories might be fun, but they don’t change facts and evidence. Here are the facts.

The government’s GreenPower Program organises publicly available independent auditing of all GreenPower Providers, to make sure companies (like ours) are investing in renewable energy on the customer’s behalf. If you have a head for detail, you can read the annual audits.

#4: Coal is more reliable for the grid

At best, that’s a deliberately vague statement designed to comfort the non-curious. At worst, it’s just a bunch of baloney.

The early success of Tesla’s large scale battery farm in South Australia saw it respond in just 140 milliseconds to a coal-fired plant failure in December 2017, delivering enough gigawatts of power to help stabilise the grid and prevent a blackout.

Aging coal-fired plants on their own are unlikely to deliver reliable electricity in the future, not to mention the problems of high carbon emissions and the maintenance costs. Battery storage can help solve the problem of solar and wind’s oft-criticised “intermittency”. The future is clear: an increasing amount of renewables in Australia’s energy mix.

It doesn’t have to.

We’ll cut to the chase here. Why not submit a PDF of your latest bill to us via the Powershop website for a quick comparison with your current electricity provider? We’ll give you an estimate on whether you could save at Powershop. Saving money and supporting a greener energy company – it can happen.

If it’s 100% carbon neutral power you’re after, you can get that from us at no extra cost. Or, spend a little more for GreenPower and it will probably only cost you only around $3 a week more than regular power from your current supplier.

Then there are the wonders of smart meters – gadgets that can be installed on your power board. These relay data that we display on our smartphone app providing really valuable info so you can understand your power use at home. You’ll learn how to use less and save more. More good news: Powershop customers can request to have a smart meter installed free of charge.

Originally published on Live For Less.

Read previous: GreenPower: Everything you need to know