Curb Your Power is our demand response program where customers collectively change their usage to support the electricity grid during high demand periods. Amazing.

When there’s too much demand for energy (like when it’s super-hot and everyone cranks their air-con), the grid is at risk of not being able to supply enough to meet that demand and there’s a risk of power outages. That’s where Curb Your Power comes in!

Powershop – in partnership with ARENA – calls customers to action, asking them to reduce their usage during these demand ‘events’ to reduce strain on the grid and therefore, the risk of power outages. 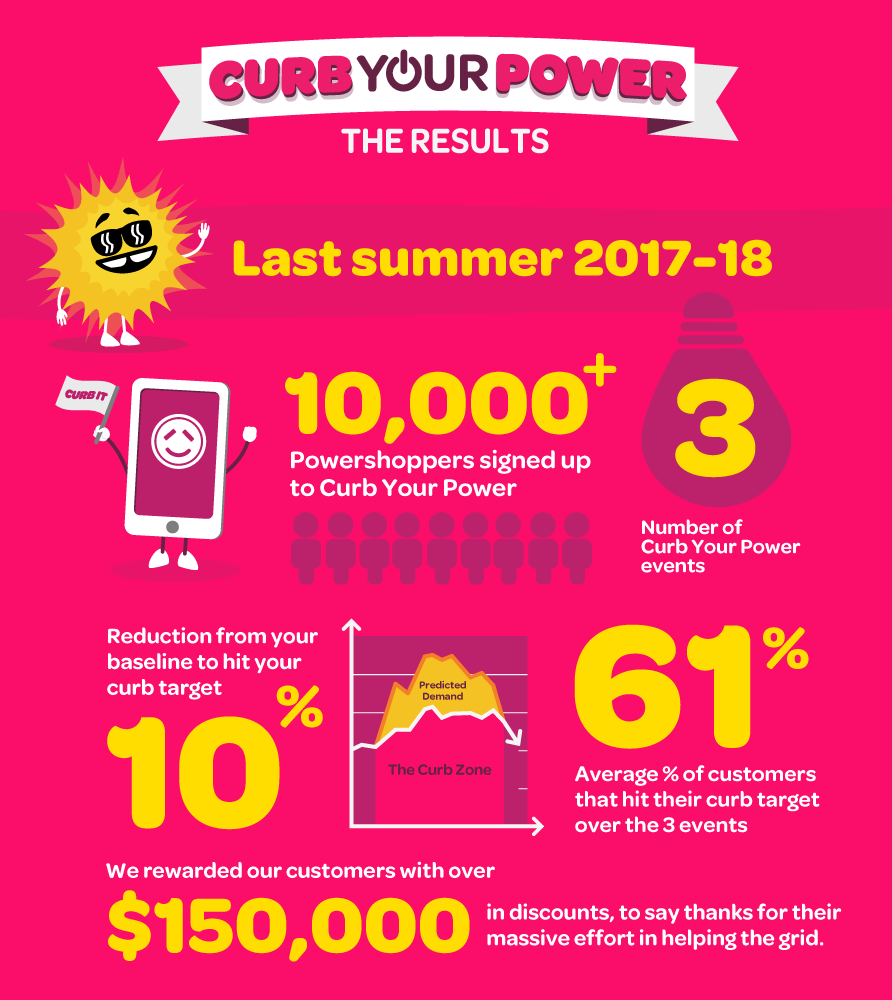 Our business customers got on board too – and aced it!

Our business customer – The Wrapping Paper Co – was the top curber for Summer 2017-18! They’re also committed to sustainability from their products to their entire supply chain – this is why they get their power from us, because it’s 100% carbon neutral at no extra cost to them!

Here’s how they did it:

We shut down machinery including printing presses, air compressors, unnecessary computers and adjusted aircon levels to 24 deg. Switched off all lighting as well, other than in the bathrooms at work. Staff did manual chores and cleaned and went home early at our expense. All good.

Powershop’s HQ in Melbourne also loves to curb. Check out our profile during an event that went from 5pm-7pm. We successfully curbed our office usage by a massive 19% over the event duration.

How did we do it?

• Our 45-odd staff turned off their computers bang on 5pm (good excuse to leave early).
• We turned off our coffee machine that can be an energy guzzler.
• We switched off all the TVs and equipment in our meeting rooms.

But one of the biggest reasons we successfully reduced our usage is because we delayed charging the Powershop Tesla. This is called load shifting and it’s the easiest way to reduce usage during a demand event.

Load shifting is when tasks that require energy are ‘shifted’ to another time. During a demand event, we can load shift to another time to reduce strain on the grid.

At home, this could simply be putting the dishwasher on at 10pm instead of 7pm, or saving the washing for another day (like we need any more of an excuse). And for Powershop, this meant having the Powershop Tesla off charge for the entire day.

How can solar customers participate?

Solar customers can participate in Curb Your Power the same way as customers who don’t have solar, and in some cases they can actually help the grid out so much they act as a mini-generator.

Here’s an example of a solar customer who reduced their usage during the event so much that at one point they were actually exporting to the grid. 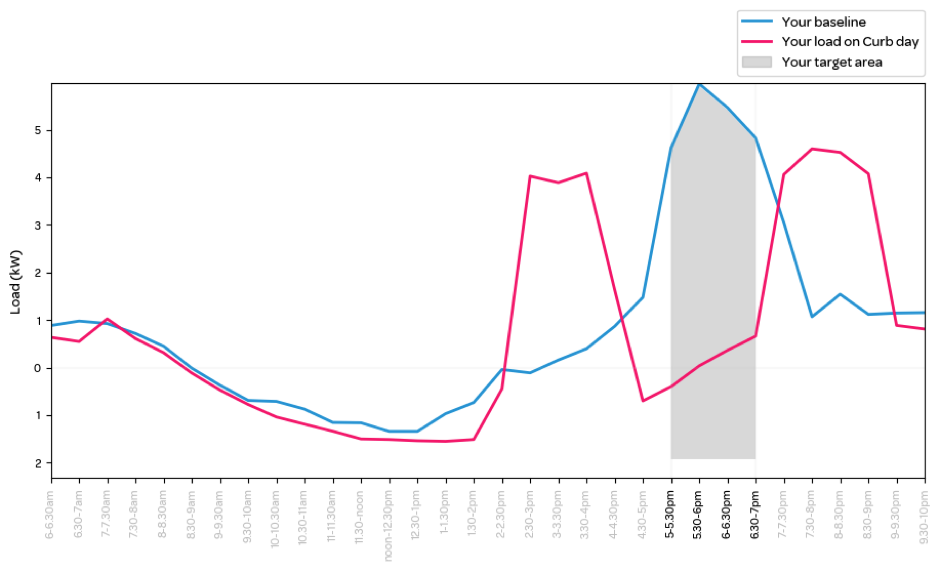 If you’re a solar customer with a battery storage system, you’re the perfect candidate for Curb Your Power and we’d love to have you on-board. By discharging your battery during an event, you’re even more likely to meet your curb target and you’ll be exporting valuable renewable energy into the grid when it needs it the most.

You can even reduce your usage while the battery is discharging during the event for maximum benefit to the grid. The graph below shows the energy dispatched by a solar battery customer during an event last summer. 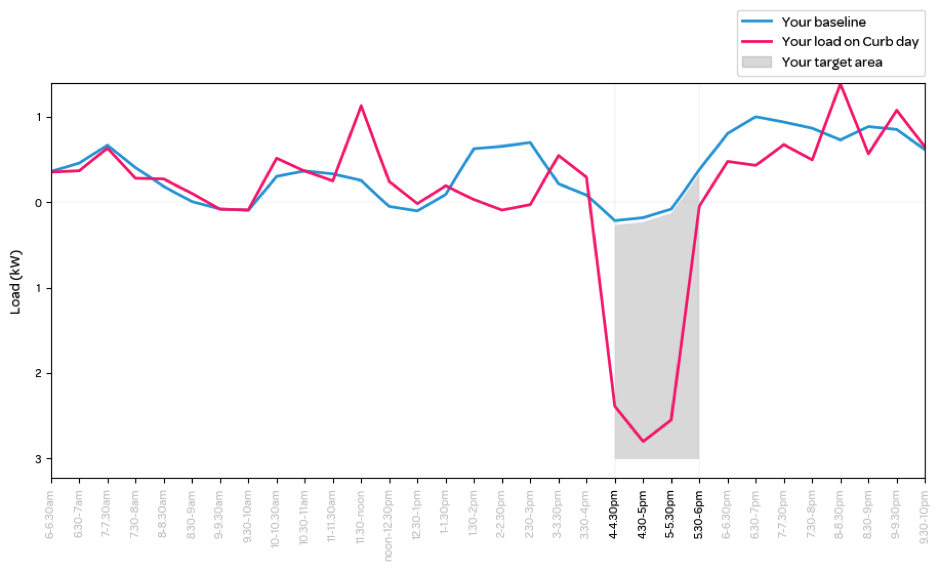 By exporting to the grid during the event, this solar customer dips into negative usage! The battery effectively becomes a mini, on-demand generator. Imagine what the grid would look like if thousands of these mini-generators were coordinated to help the grid at the time it needs it the most!

A great way to boost the value of your battery investment is to register for the GridImpact program that adds a smart Reposit brain to your battery system.

So if reading this inspires you to join our amazing Powershoppers who make a huge impact on the grid in times of strain, sign up today.

For more information on Curb Your Power, head to our website.

Read next: What are the benefits of solar energy?